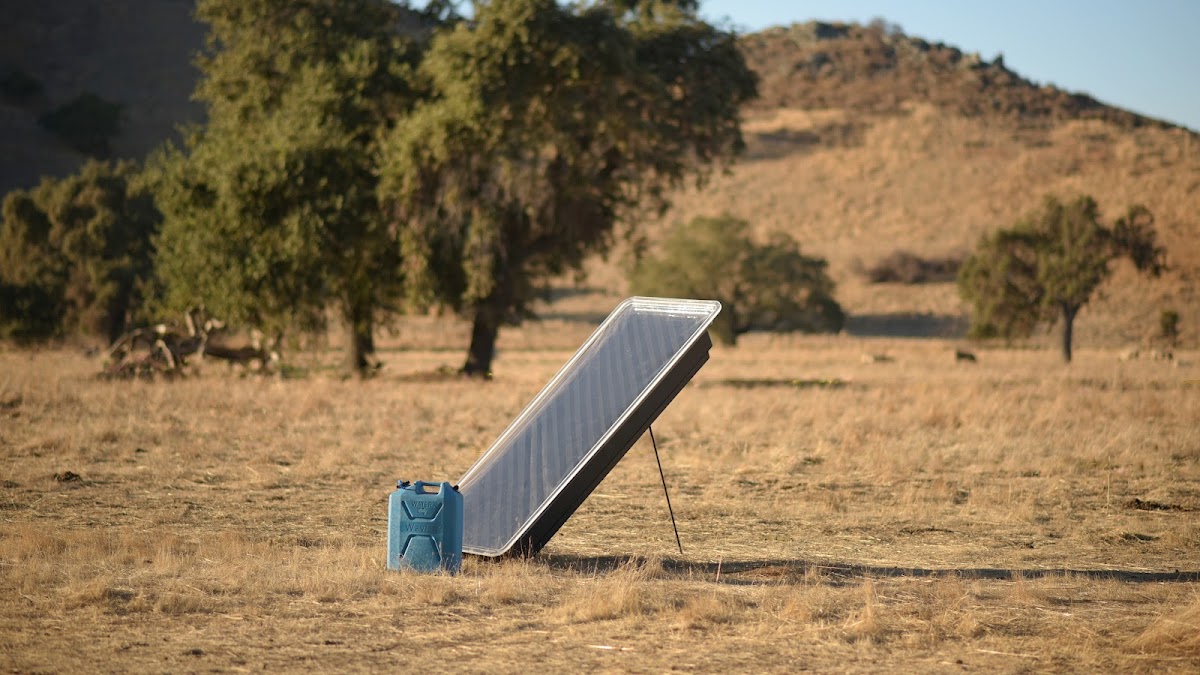 Harvesting water from the air

Consider how many times you’ve turned on a faucet today: You’ve probably washed your hands a few times, brushed your teeth (hopefully!), and fetched a glass of water to drink. In most places in the U.S., clean water is so easily accessible that we often take it for granted. However, 2.2 billion people, nearly 1 in 3 people worldwide, don’t have reliable or affordable access to safe drinking water — a number expected to be exacerbated by climate-change related events. In some countries, people spend anywhere between 10-50% of their income just covering water costs. Women and children carry an additional burden because they’re often the ones spending hours collecting the water their families need. The scale, severity and human cost of this problem is one of the reasons teams at X have been hunting for moonshots in the clean water space for many years. Today, we’re sharing the journey and key findings from a recent project focused on this challenge: H2E.

H2E (“Hydration to Everyone”) explored whether it would be possible to improve access to safe drinking water by harvesting water from the air. The team recently wrapped up their investigation, and are now sharing what they’ve learned in the hopes of accelerating progress in the wider atmospheric water harvesting (AWH) field. This includes a paper just published in the journal Nature showing that small, solar-powered AWH devices could be used to provide clean drinking water to around 1 billion people who currently do not have access to it. The team is also sharing geospatial analysis tools, geospatial datasets, prototype designs, and a non-assertion patent pledge so that others can build upon their findings so far.

Reframing the challenge of access to clean drinking water

The H2E team was a small, interdisciplinary team made up of scientists, development experts, engineers, geospatial analysts, user researchers and industrial designers who have long been passionate about the challenge of access to clean water. Drinking water access is often hindered by a range of complicated factors and structural challenges that vary from place to place, including proximity to existing water resources, local community infrastructure, governance issues and more. This is partially why in many places, piped water infrastructure could still be decades away.

Everyone, however, has access to the air and the sun. So the H2E team asked: “What if you could put the power to generate daily drinking water into the hands of individuals, no matter where they live, by creating an affordable, easy to use device that harvests water from the air and is powered by the sun?"

Atmospheric water harvesters — devices which pull water from the air — have often been overlooked as a potential solution because of their relatively low outputs in comparison to other technologies, like desalination. One of their benefits, however, is that they can be built to be small, modular and renewably powered — decoupling them from some of the more systemic barriers to access. The team knew that such devices would never be the only solution needed, but their hope was that it could help fill a critical gap in places where safely managed drinking water was needed most. 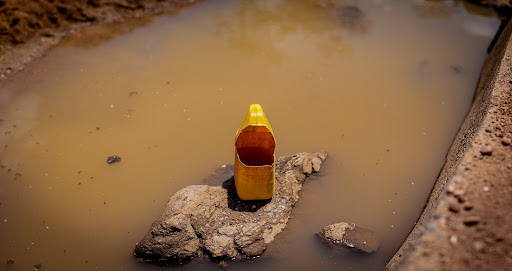 A roadside drinking water source used by a family the H2E team visited while conducting field research in Kitui, Kenya. The team made a number of research trips to East Africa and the Navajo Nation to listen to potential adopters of this technology and learn what would be most useful in their lives.

Findings in Nature: the global potential of water-from-air technology

Along with field research, the team kicked off an investigation into whether atmospheric water harvesters could work in regions where access to safely managed drinking water was low. We’re making some of these findings available in a Nature paper today which we published together with Robert Bain, a co-author at UNICEF. The study combined global climate data, public UNICEF/WHO data on people’s access to safely managed drinking water, and published performance data about a variety of AWH devices. Our team also developed geospatial tools based on Google Earth Engine to map where AWH outputs would be sufficient to meet people’s daily water needs. The research findings illustrate that AWH devices could be used to provide drinking water to around 1 billion people who currently don’t have access to safely managed drinking water. This is significant because it’s the first global study to demonstrate such wide-reaching potential for AWH technology to tackle this challenge.

Map from the Nature paper by Lord. et. al. [1] shows the overlap between where people without safely managed drinking water live (red dots) and climates where AWH devices have the potential to perform best (dark blue shaded areas).

Having determined in early research that atmospheric water harvesting devices held such promise, the H2E team set out to build a device that could be as affordably, easily and sustainably used by as many individuals without safe drinking water as possible. Specifically, they aimed to build a device that:

After various iterations and user research studies, the team eventually built their most recent prototype model. This prototype ran on solar heat and was made from vacuum-formed parts — a manufacturing technique typically used to make small, disposable items, like takeaway food containers. Light and low cost, the team realized vacuum-forming also had the potential to form many of the larger parts of their device too. 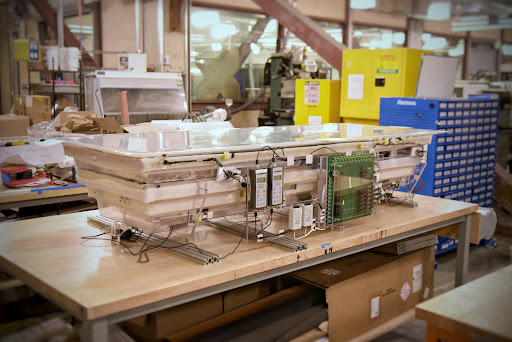 Project H2E’s most recent prototype in the lab

To understand how the device worked, it’s helpful to go back to how condensation works in nature. When warm, humid air meets cooler air, or hits a cooler surface, the molecules in it slow down and cool into liquid. This is how clouds are formed in the atmosphere, or beads of water collect on a cold can of soda on a hot summer day. H2E’s prototype basically replicated the natural process of condensation, but on a much smaller scale. This was made possible through a variety of processes and components — namely, constantly recirculating air, solar energy, and a desiccant (a material that absorbs moisture, like the silica gel packets you find in a new pair of shoes). The below illustration describes the process in more detail: